Podcasts are my companion on my walk to work in the morning, and my frequent diversion during some of the household chores of which I’m not so fond. (I know laundry has to be folded… but then again, does it?) Whether you’re a walker, a laundry folder, or just someone looking for something to listen to, here’s a round-up of some great podcasts that delve into the Middle Ages. 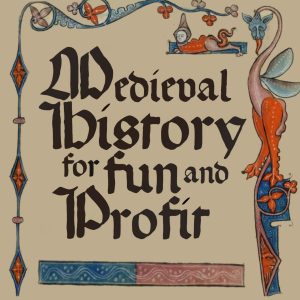 Medieval History for Fun and Profit

Drs. Alice Rio and Alice Taylor are the hosts of this podcast, professional medieval historians with the stated goal of answering “everything you’ve always wanted to know about the Middle Ages but were afraid to ask!”

This means that they discuss both the life and writings of Dhuoda, a ninth-century Frankish noblewoman and author who wrote a guide to life for her young son that was heavy on intellectual and theological references, but also more everyday fare like what medieval people found funny, and whether they had pets. 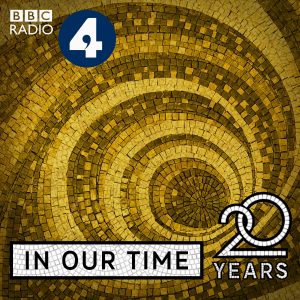 The venerable In Our Time is now in its twentieth year, and although it’s not solely focused on the Middle Ages (or indeed on history at all), host Melvyn Bragg has gruffly presided over many episodes with a medieval theme. Each episode brings together a panel of experts, which means you get lots of different angles on the same topic and occasionally some excellent disagreement.

Personal favourites include the episodes on the twelfth-century Renaissance (the best century); on Hildegard of Bingen, a German abbess and polymath now recognised as a Doctor of the Church; and on the formidable Eleanor of Aquitaine, queen first of France and then of England, who helped to shape the history of both nations.

You can find the medieval-specific episodes of In Our Time on this page, or download the podcast from Stitcher or iTunes. 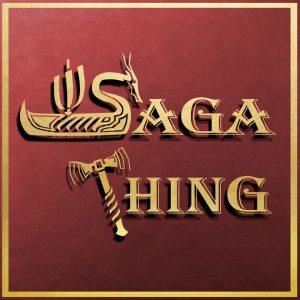 Ask most people what they associate with the word “medieval”, and the chances are good that they’ll mention the Vikings. Yet for all their ubiquity in pop culture—like the many references to Norse myth in the Marvel superhero movies—the literature produced by the Vikings and their medieval descendants is perhaps less well known, at least outside of Scandinavia.

In Saga Thing, medieval literature specialists Drs. Andrew Pfrenger and John Sexton read and review the Icelandic sagas one at a time, breaking them down according to literary themes and historical context, but also in terms of other vital categories like body count, best nicknames, and best death or maiming. What more could you want from a saga-centric podcast?

Download the episodes at their site or from Stitcher or iTunes. 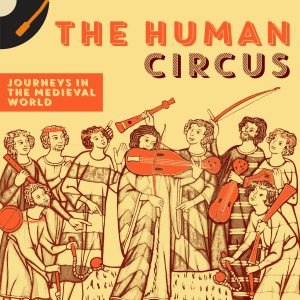 The subtitle for this podcast series is “Journeys in the Medieval World”, and host Devon Field brings listeners along on trips with some of the best-travelled people of the Middle Ages, providing a welcome reminder that medieval Europe wasn’t hermetically sealed off from the rest of the world. The Human Circus covers well-known figures—like the thirteenth-century Venetian Marco Polo who travelled to China and the court of Kublai Khan—but also more obscure ones—like the Bavarian Johann Schiltberger, who left home on Crusade in 1394 and didn’t return for some thirty years. 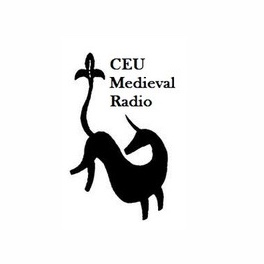 Central European University has an entire radio station devoted to the Middle Ages, playing medieval and Renaissance music, and a weekly talk show about medieval and early modern European history and culture. CEU Medieval Radio is also home to a podcast, Past Perfect!, in which historian Christopher Mielke discusses a variety of topics with his guests, from the Crusades to archaeozoology to medieval urine sampling. (Now there’s a topic designed to pique the interest.)

You can find the podcast’s archives here, or download episodes from Stitcher. 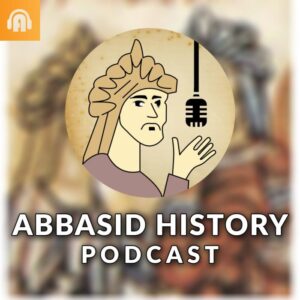 Hosted by Talha Ahsan, the Abbasid History Podcast interviews scholars, linguists, archivists and artists whose work touches on the pre-modern Islamic(ate) past.

You can find the podcast’s archives here, or download episodes from iTunes or Soundcloud.

Know of other good podcasts with a medieval theme? Feel free to leave a recommendation in the comments below!