Now in its fifteenth year, SUNY Geneseo’s Alan Lutkus International Film Series is a venue that promotes current, classic, and independent works of global cinema. The theme of the Spring 2018 iteration of the series is “The Global Middle Ages.” All screenings are free to the public, and there is a forum for open discussion after each presentation. I will be presenting the third installment in the series, Luc Besson’s 1999 take on the life of Jeanne d’Arc. Please join us! 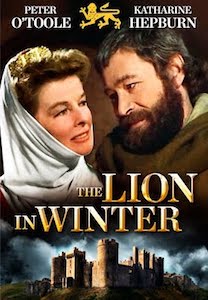 It’s Christmas 1183, and King Henry II (Peter O’Toole) is planning to announce his successor to the throne. The jockeying for the crown, though, is complex. Henry has three sons and wants his boy Prince John (Nigel Terry) to take over. Henry’s wife, Queen Eleanor (Katharine Hepburn), has other ideas. She believes their son Prince Richard (Anthony Hopkins) should be king. As the family and various schemers gather for the holiday, each tries to make the indecisive king choose their option. Presented by Graham Drake, Professor of English and Interim Director of Medieval Studies. 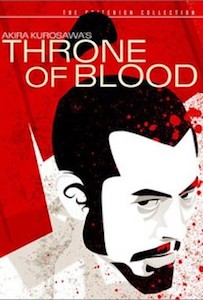 Returning to their lord’s castle, samurai warriors Washizu (Toshirô Mifune) and Miki (Minoru Chiaki) are waylaid by a spirit who predicts their futures. When the first part of the spirit’s prophecy comes true, Washizu’s scheming wife, Asaji (Isuzu Yamada), presses him to speed up the rest of the spirit’s prophecy by murdering his lord and usurping his place. Director Akira Kurosawa’s resetting of William Shakespeare’s “Macbeth” in feudal Japan is one of his most acclaimed films. Presented by Jun Okada, Associate Professor, English and Film Studies. 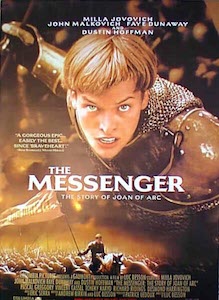 Mystic, maiden, martyr – whatever you choose to call her, it is difficult to dispute that Joan of Arc led a remarkably accomplished life for a peasant girl who never went to school … and never saw her 20th birthday. It all began in 1429, when a teenage girl from a remote village in France stood before the world and announced she would defeat the world’s greatest army and liberate her country. Presented by Yvonne Seale, Assistant Professor of History.